If you are writing a book or have written a book and wish us to publish it here please email us at chairman@signalsassociation.org.za

A huge thank you to Walter Volker from Johannesburg who had donated to the SIGNALS ASSOCIATION a trilogy of his following books on the History of Signals in South Africa. He had personally signed these books which is now the Association’s property for anyone interested in Signals to read.

Walter’s generous donation of the under mentioned three book will find pride of honour in the Association’s collection of memorabilia: 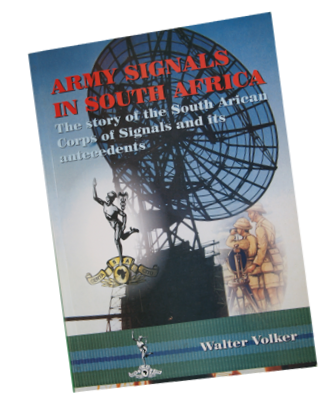 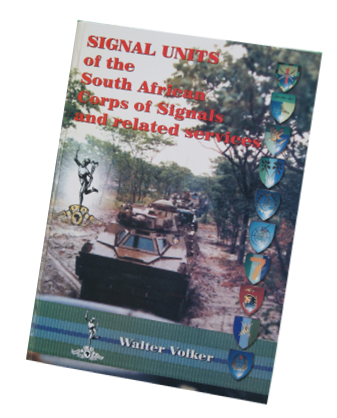 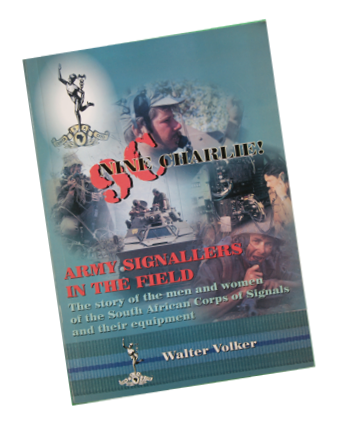 Anyone interested in obtaining copies of these fine books may e-mail Walter Volker directly at volker@boardwalkmanor.co.za.

Basil Schonland – South African Scientist and Soldier. From lightning on the veld to nuclear power at Harwell: the life of Field Marshal Montgomery’s scientific adviser (A biography of Schonland, who published the most comprehensive account of its use just after the war in 1919 and who was voted South Africa's 'Scientist of the Century' in 2000) (http://www.mpoweruk.com/papers/Wireless%20in%20the%20Trenches.pdf)

Anyone interested in knowing more about Dr Austin can do so by visiting his website at : http://www.mpoweruk.com/Brian_Austin.htm

Between 1968 and 1992 more than one million South African males were conscripted into the South African Defence Force for compulsory national service.

After completing basic training they were then trained in specific fields before being posted out to serve in units around South Africa.

Many would be sent as support or combat troops to what was then known as South West Africa to fight in what has now become known as the ‘Border War’.

This e-book tells the story of what it was like to be a national serviceman. It takes readers through basic and individual training, postings to various units, and to the border war.

With over 300 pages and more than 200 photographs, this e-book is a must for anyone that served. 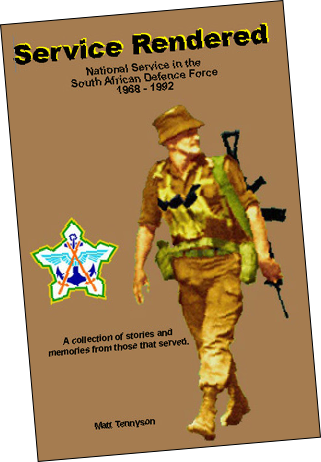 Available as a digital e-book for R100. For details email matt@hipe.co.za 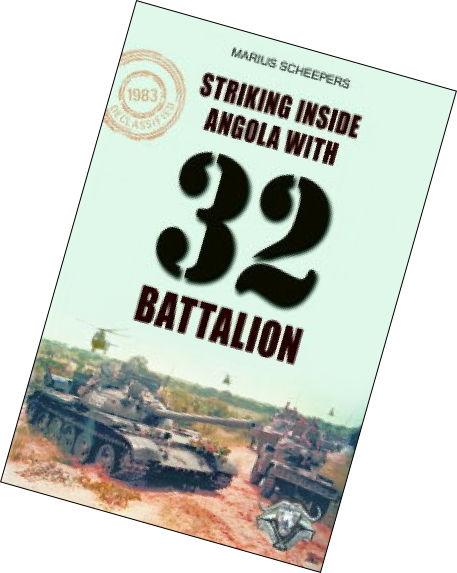 Join 'The Terrible Ones' on clandestine operations and in conventional warfare during the harsh bush war that raged through southern Angola in the 1980s. The conflict ended with the last major battle of the Cold War, one of the largest land battles of the latter part of the 20th century. This book presents an eyewitness account by a South African Defence Force (SADF) Signals Officer, Marius Scheepers, who served in arguably the most formidable battle unit that ever existed in the history of the South African Defence Force: 32 Battalion. It describes how members lived and fought in the bush during 1983 under the most difficult conditions.

Being the Signals Officer of 32 Battalion, Scheepers was privy to all major command decisions of the time. Although he focuses primarily on operations during the year 1983, including Operations Snoek and Dolfyn, he includes concise descriptions of all other major operations that took place inside Angola between 1966 and 1988, including Operation Askari (1983/84) and the decisive battle at Cuito Cuanavale in 1987/88. Extensive appendices include 32 Battalion sitreps, radio-code cards, SADF radio equipment used by 32 Battalion and details on SADF, SAAF and SWAPO.

Striking inside Angola with 32 Battalion 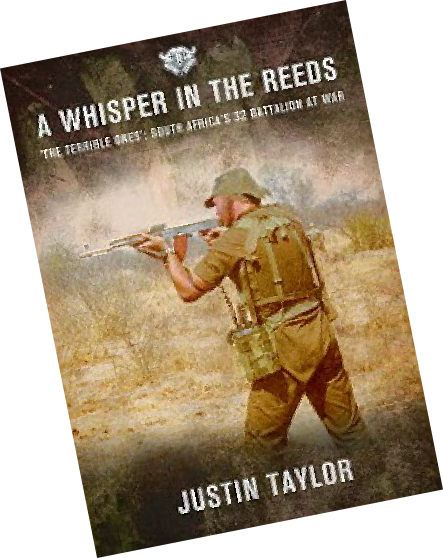 This amazing work relates the experiences of Justin Taylor who served as the Signals Officer for the South African Defence Force's infamous 32 Battalion - the 'Terrible Ones'! As a young officer he trained in the intricacies of Signalling before volunteering for Border Duty and service with 32 Battalion - a request that was met with astonishment - 'you want to work with 32 Battalion!?'

This book takes you into the discipline of military communications as never before, delivering a new perspective on the work of 'Nine Charlie'; the Battalion Signals Officer with his mantra of 'check, check and recheck!' It illustrates how a unit's Signals Officer sits at the core of military operations, allowing Command elements to control and co-ordinate war-fighting, whilst countering the never ending failures of equipment and communications. What is more, it emphasises how the Signals Officer needs to remain abreast of enemy eavesdropping.

A Whisper in the Reeds 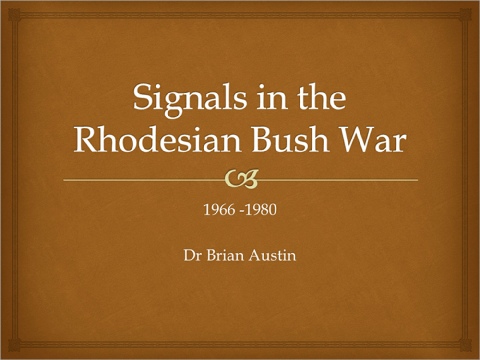 On 5 October 2017, one of our Association members in the UK, Dr Brian Austin, visited Swindon in the UK to participate in a symposium on "Savage Little Wars" organised by the British Defence Electronics History Society. Brian's role was to talk on the role of Signals in the Rhodesian Bush War.

Some years before, and with the assistance of Brig Norman Orsmond and Col Gordon Munro, both former Directors Signals in the Rhodesian Army, Brian wrote an article about Signals in Rhodesia, which now appears on the website of the former Rhodesian Army.

Brian says that a reason why the Rhodesians had such effective comms are attributable to the equipment made by Racal in Pretoria, when two world 'firsts' were given their baptisms by fire in Rhodesia, namely the TR28 manpack and the TR15H, the frequency hopper.

Click on the image on the left to see the slides Brian presented at the symposium and which he has also sent to Col Moncur for onward transmission to Lt Col Nick Kendall-Carpenter, Director of the Royal Signals Museum in Blanford, UK.

Signals in the Rhodesian Bush War

You can also go to www.militarydespatches.co.za to download any back issues of the magazine. 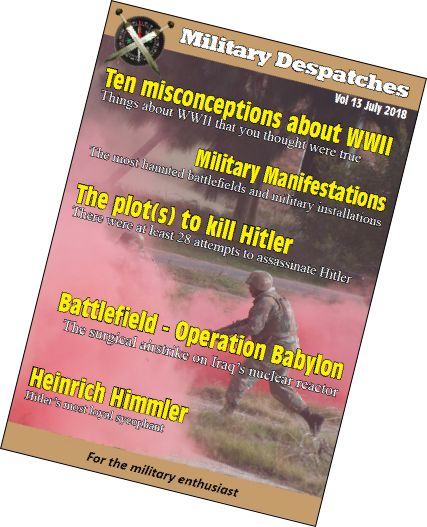