On 11h00 on 11 November 1918 the cease fire went into effect, bringing The Great War to an end.  That occasion is remembered with two minutes silence ever year at the same time. It was a tradition that began in Cape Town.

This year the religious service was given by Chaplain Rev Andrew Treu and Sheik Abdullah Abrahams. Deputy Mayor Aldreman Ian Neilson was the guest speaker.

Wreaths were laid by a number of organisations, associations and individuals. Two of the remaining members of 3 Signal Company Reunion Association, Charles Holloway and Syd Ireland, were among those to lay wreaths. Charles was accompanied by his daughter as well as his granddaughter and her new husband. She is a captain in the Australian Army while he is a captain in the American Army. 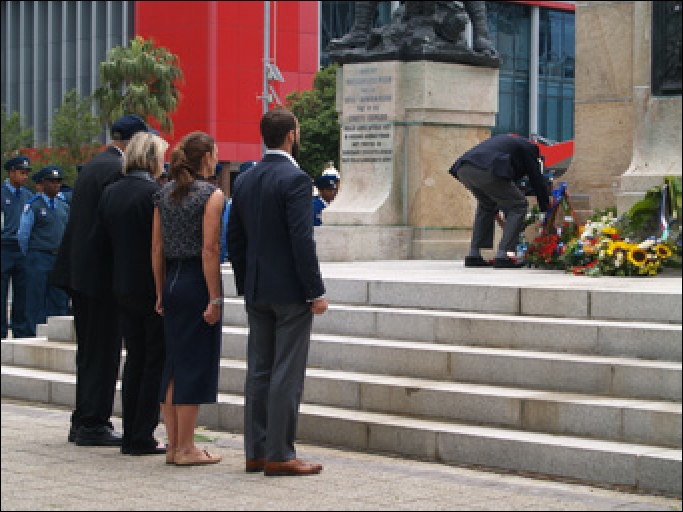 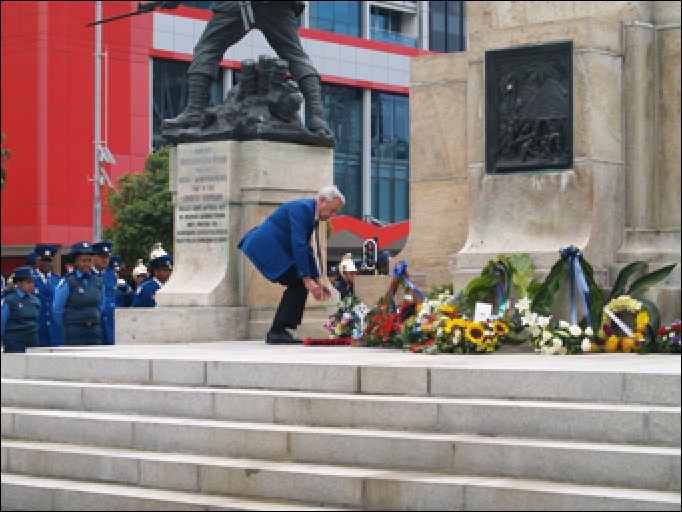 Charles Holloway lays a wreath during the 2016 Remembrance Day Parade in Cape Town while his daughter, granddaughter, grandson in law, and Syd Ireland watch.

A wreath is laid on behalf of the Signals Association by Manco member Willie van der Merwe.