The Association once again laid a wreath at the El Alamein Memorial Parade that took place at the Castle in Cape Town on Sunday, 29 October 2017.

This year Vice Chairman Piet Jordaan did us the honours by placing the Association's brand new wreath, used for the first time, next to the Canon on parade.

Of special significance, was the presence of Sergeant Syd Ireland, accompanied by Major Charles Holloway, together with Mr Eddie Mills who was indisposed and could not be present.

The wreath for the 3rd Brigade Signal Company Reunion Association was laid by Charles Holloway (in wheel chair) and Syd Ireland.

Two members of the Signals Association, Pierre Fourie and Peter Longbottom, assisted Charles Holloway towards the canon with Syd Ireland assisted by his grandson, Craig Portman. Charles handed the wreath to Syd for placing against the cannon.

The photographs below are testimony to this very special event in the history of not only Cape Town based Signals, but also of Military Veterans in South Africa. 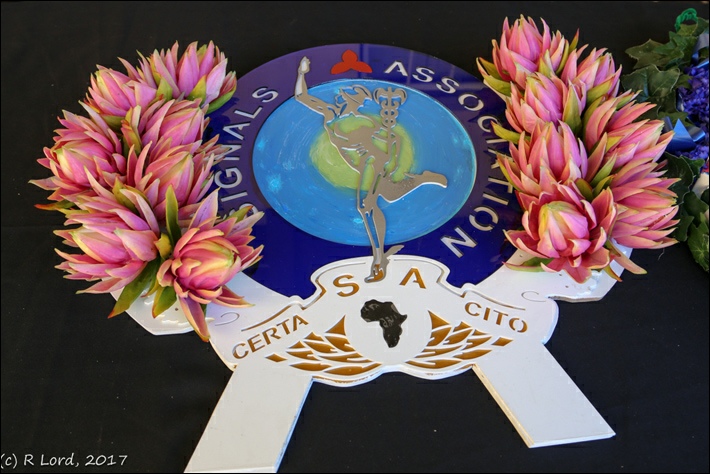 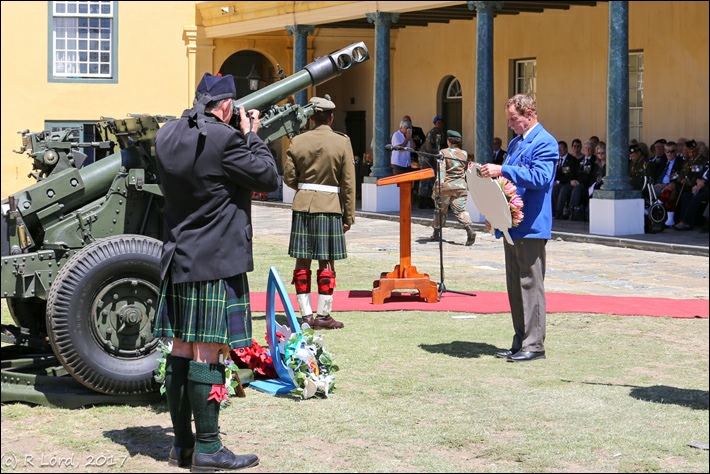 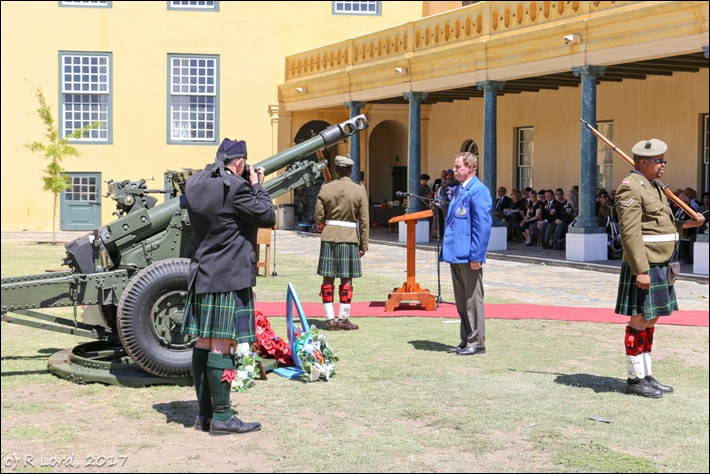 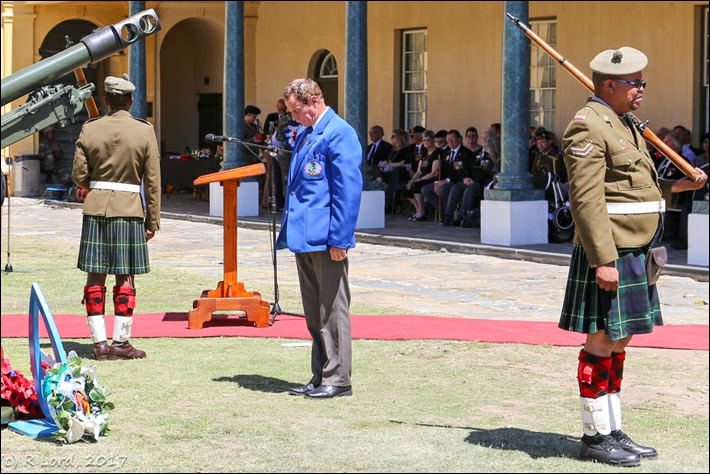 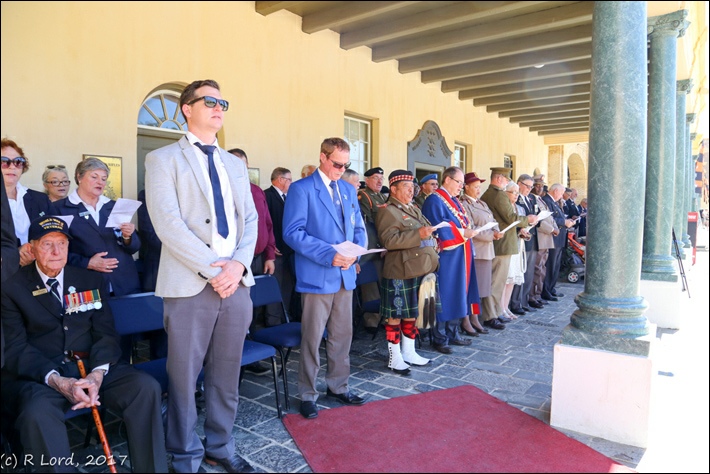 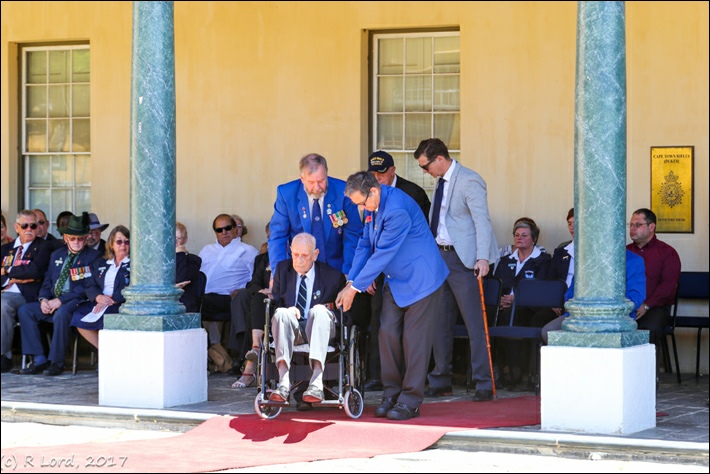 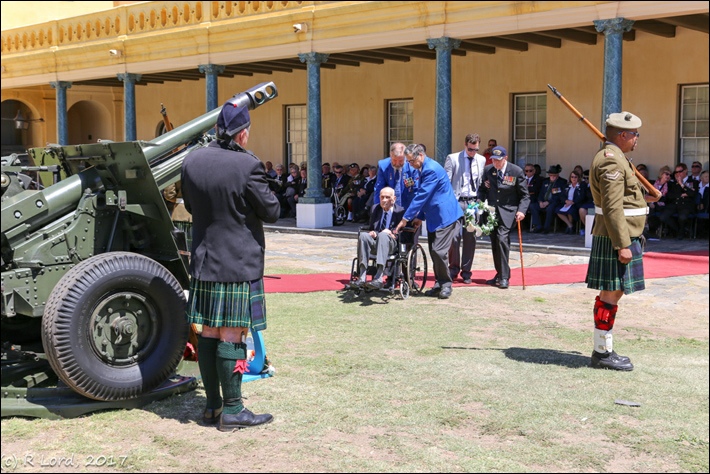 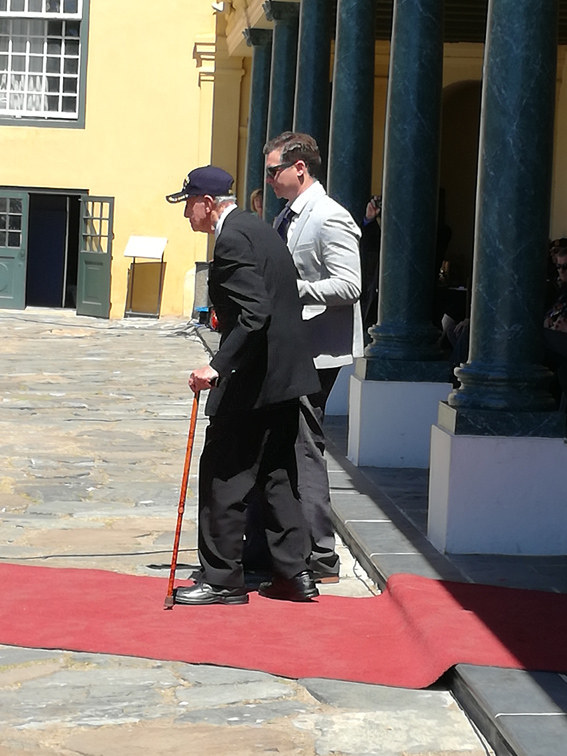 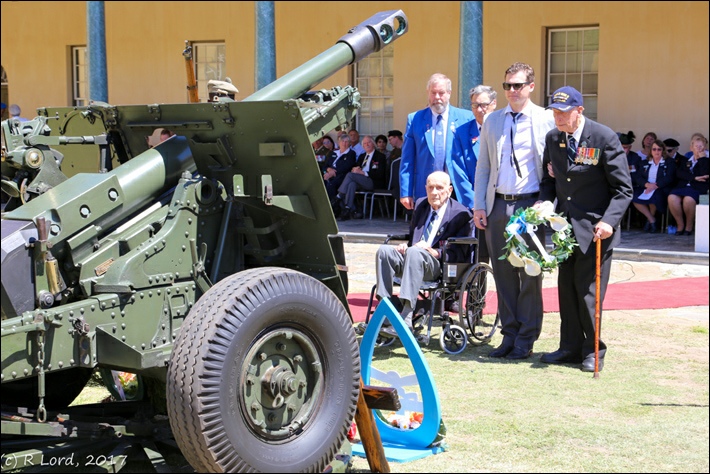 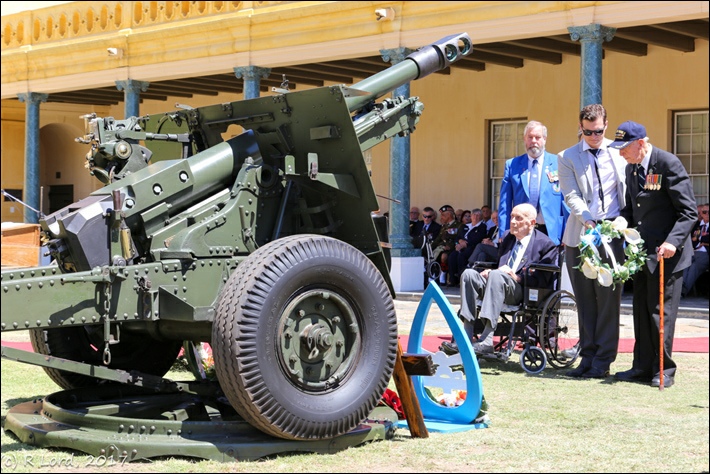 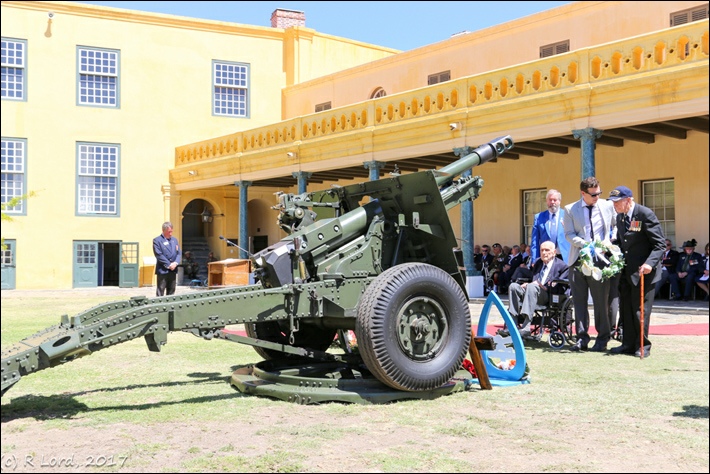 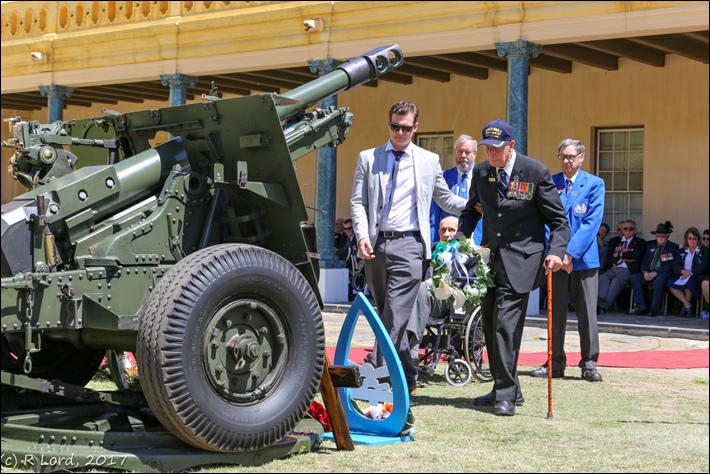 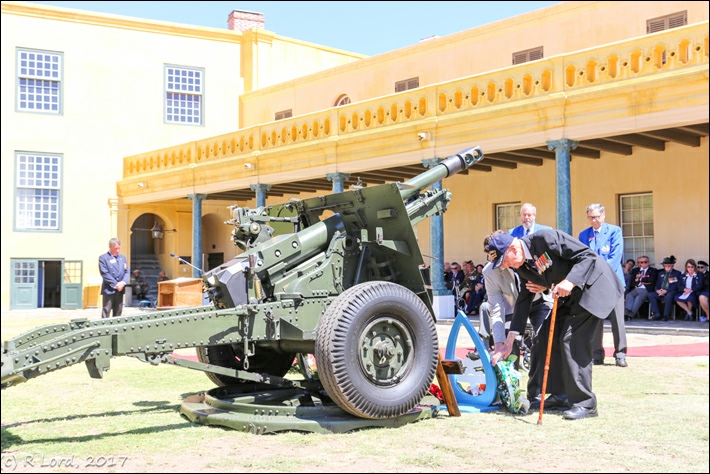 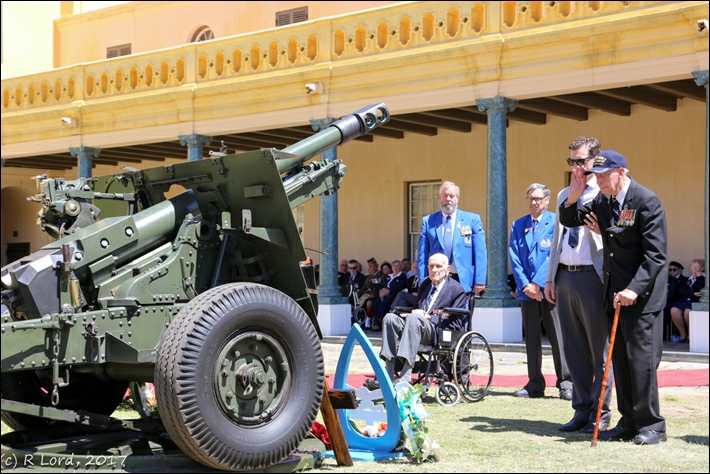 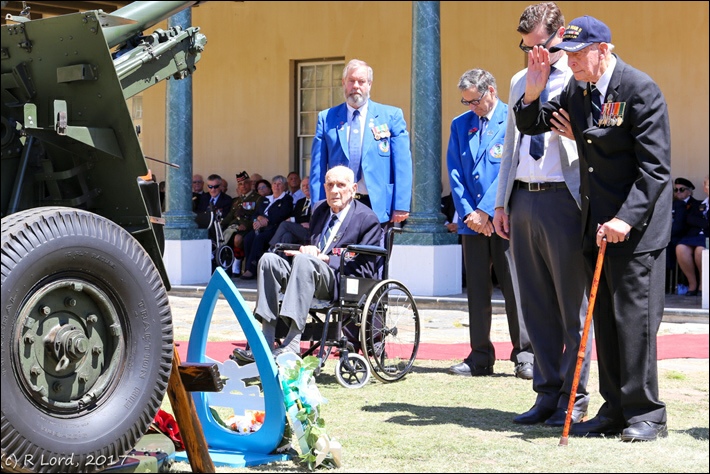