On 11h00 on 11 November 1918 the cease fire went into effect, bringing The Great War to an end.  That occasion is remembered with two minutes silence ever year at the same time, a tradition that began in Cape Town.

Wreaths were laid by a number of organisations, associations and individuals. Two of the remaining members of 3 Brigade Signal Company Reunion Association, Charles Holloway (Age 99) and Syd Ireland (Age 97),were among those to lay wreaths. Charles was accompanied by our Public Relations Officer, Pierre Fourie with Syd being accompanied by his daughter Jenny Portman.​ 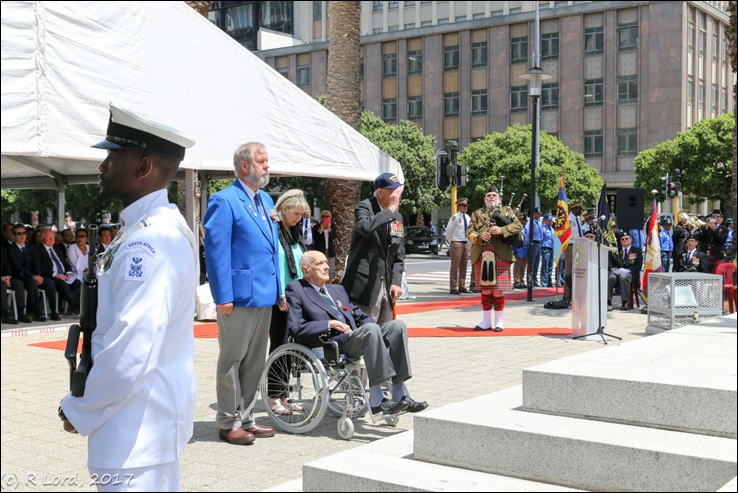 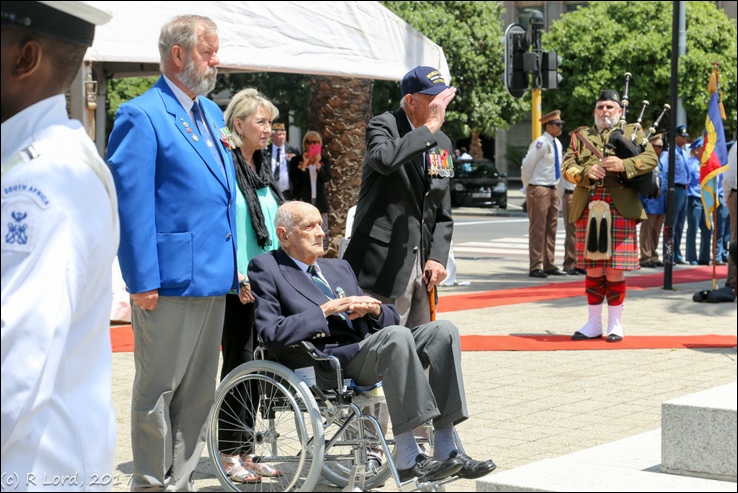 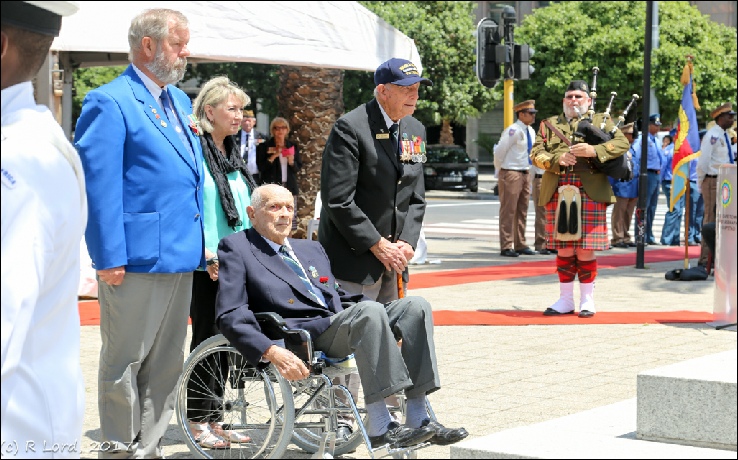 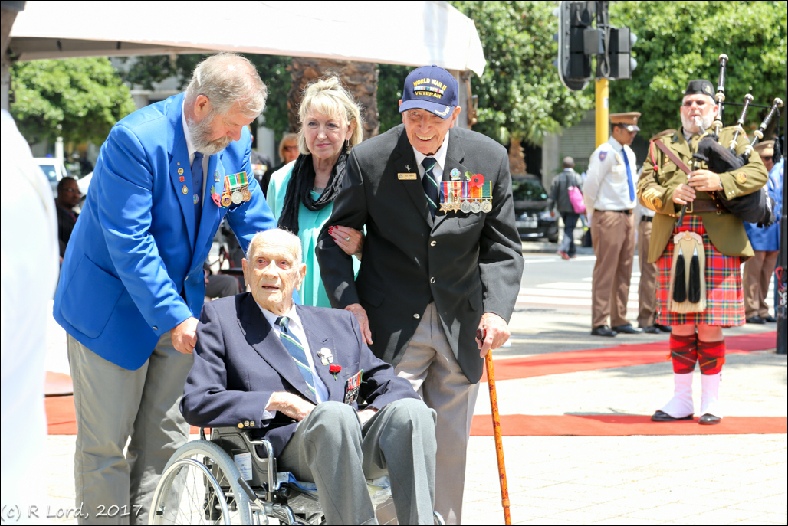 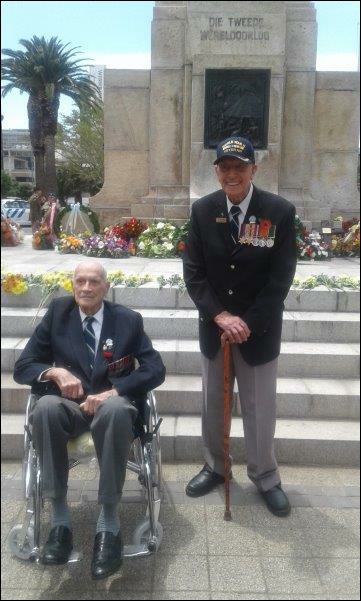 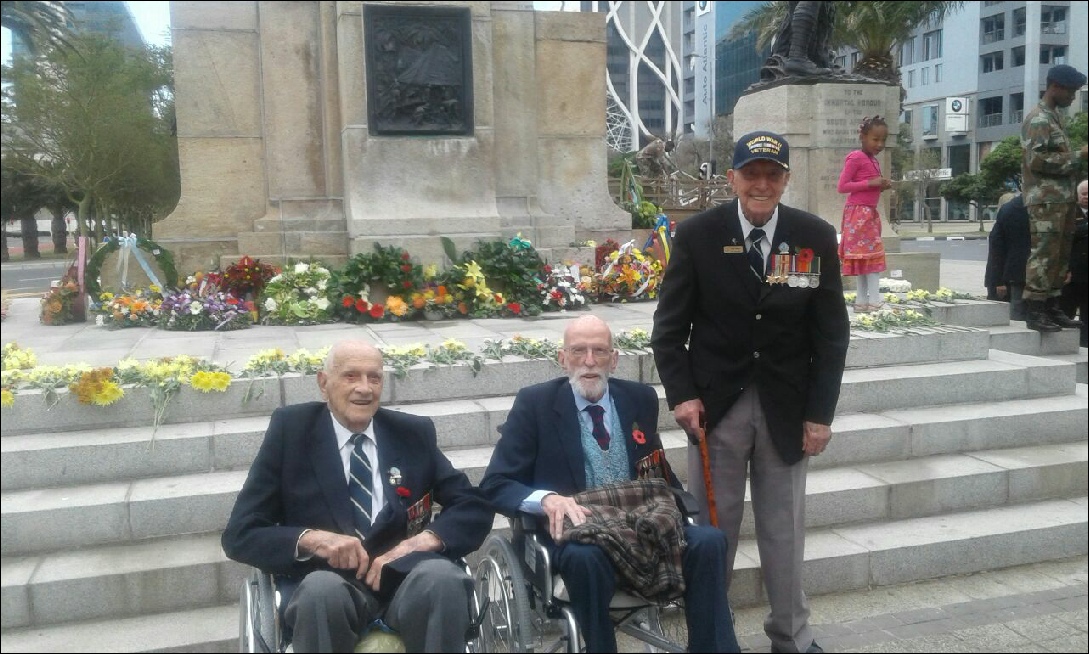 Major Charles Holloway (left) and Sgt Syd Ireland of the 3rd Bde Sig Coy Reunion Assn with another WWII veteran in the centre. 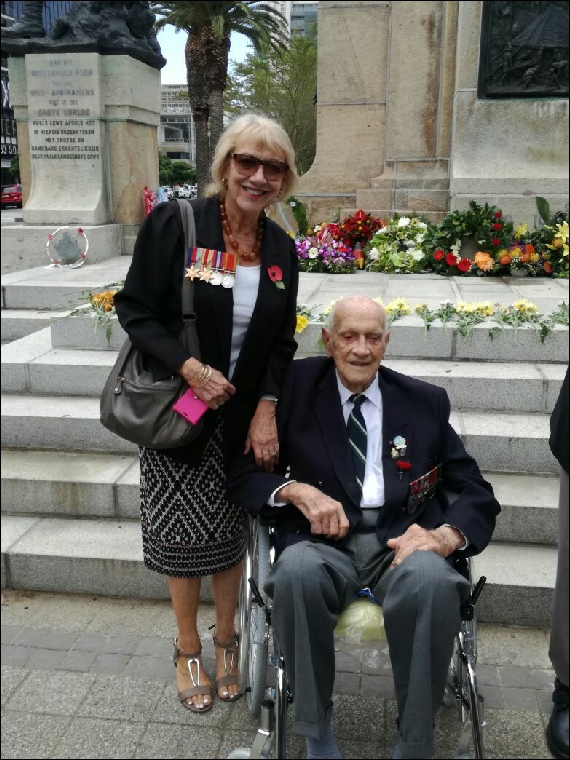 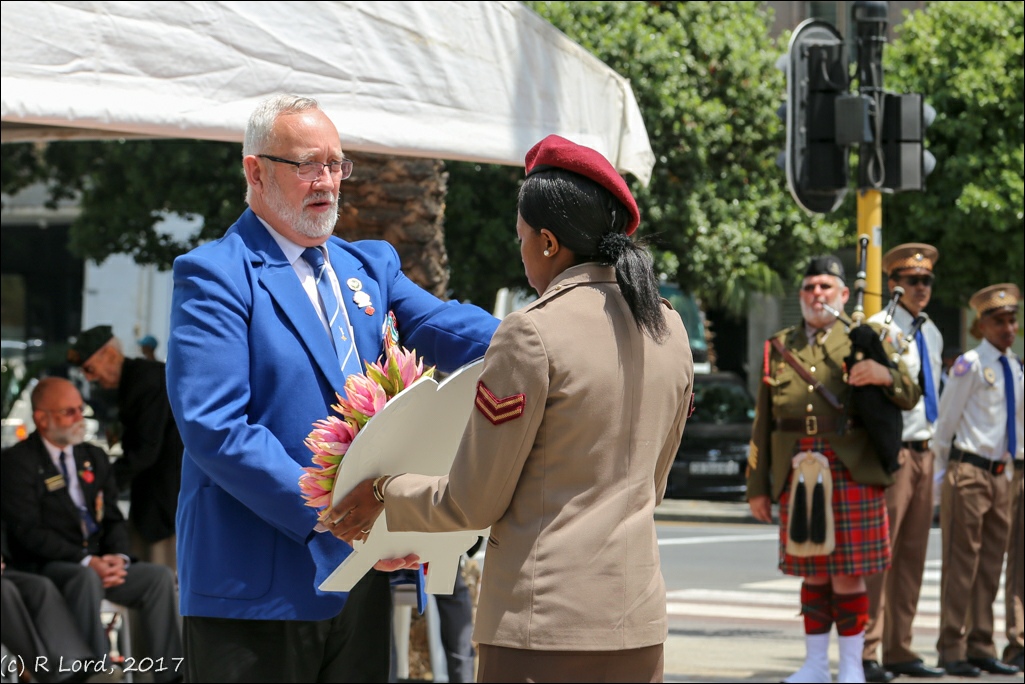 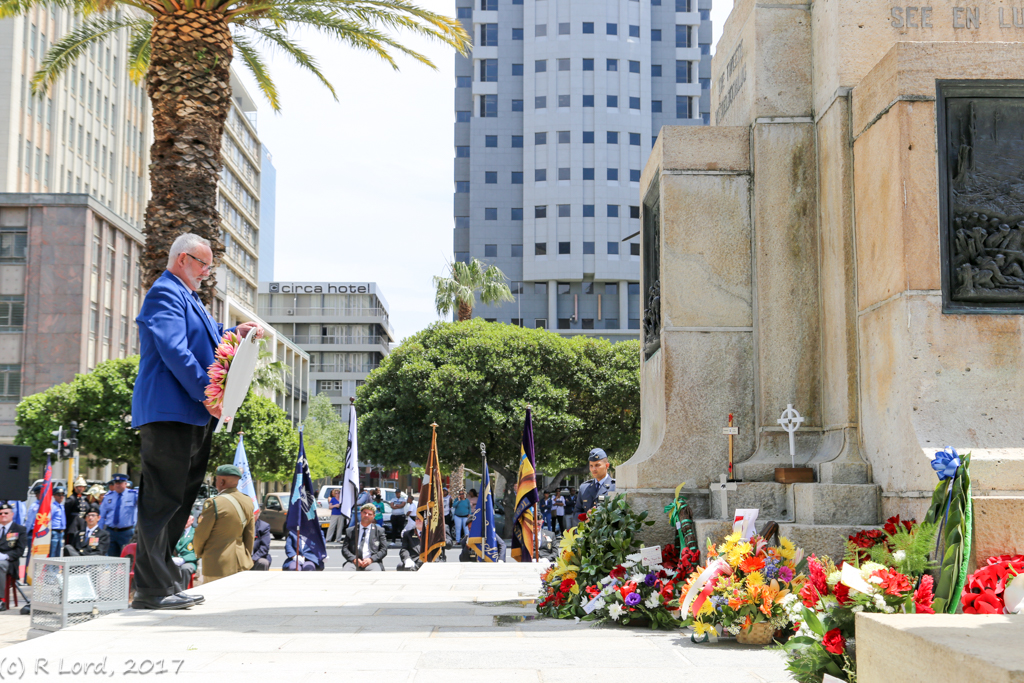 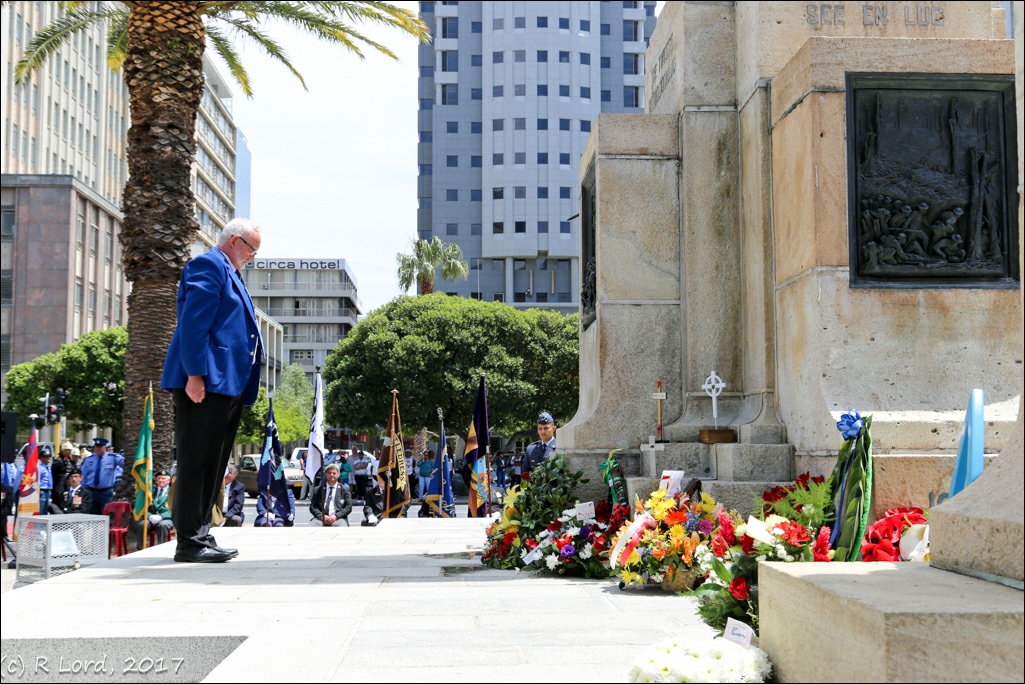 Johan Johnson laying a wreath on behalf of the Signals Association. 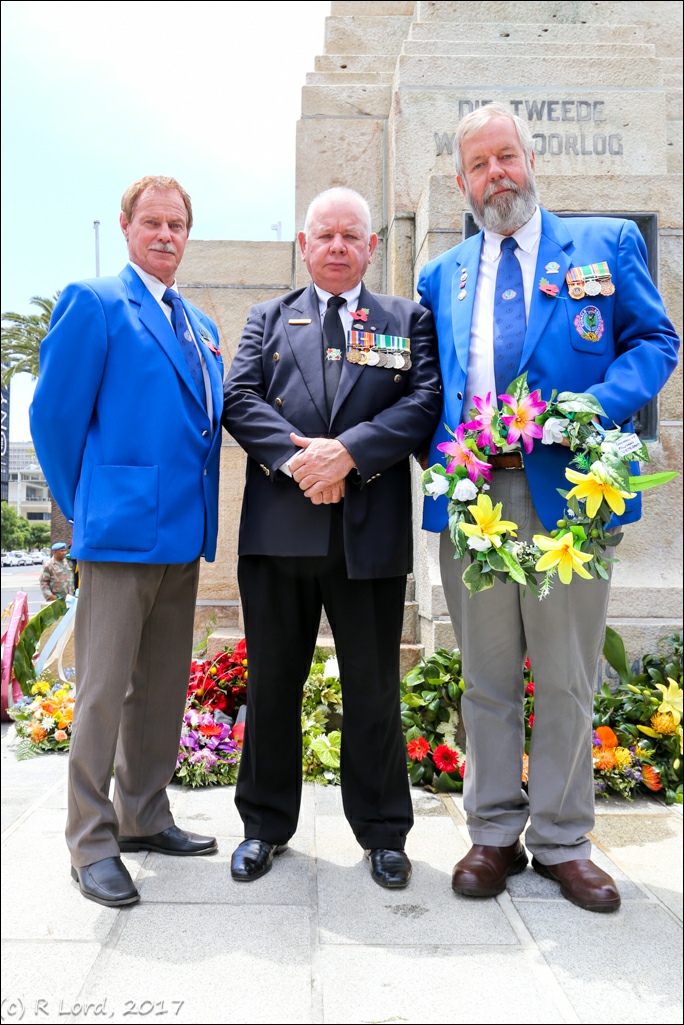 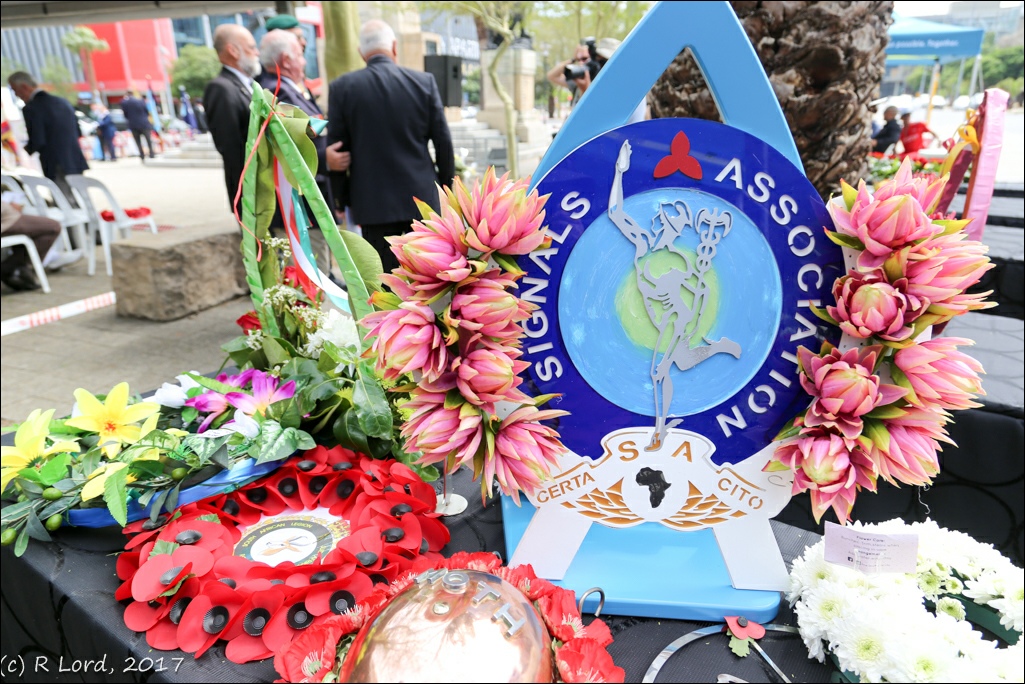 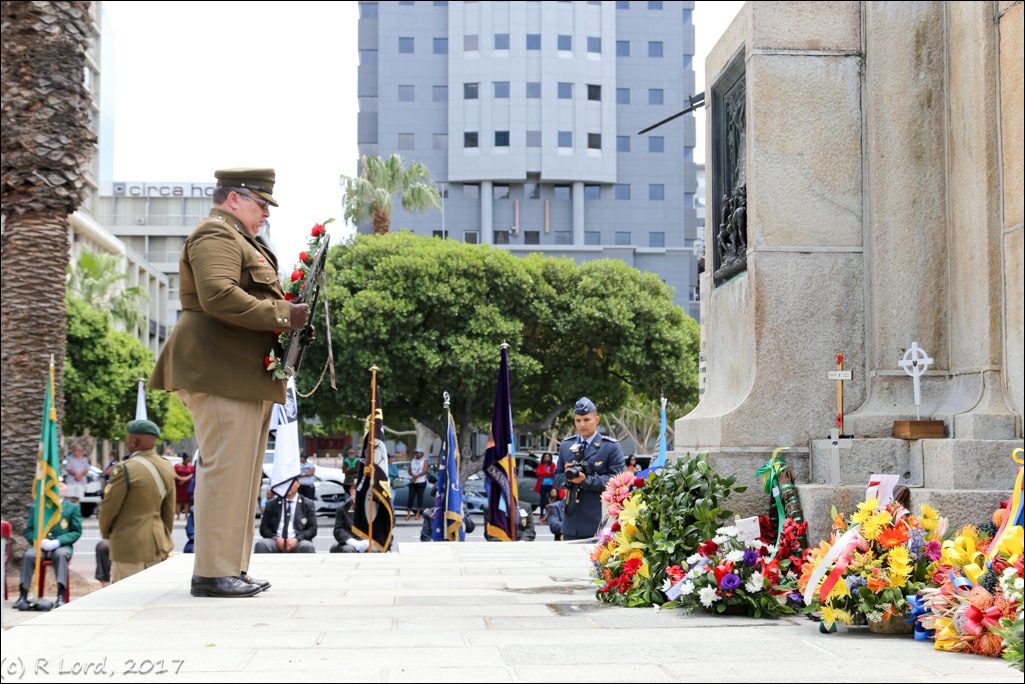 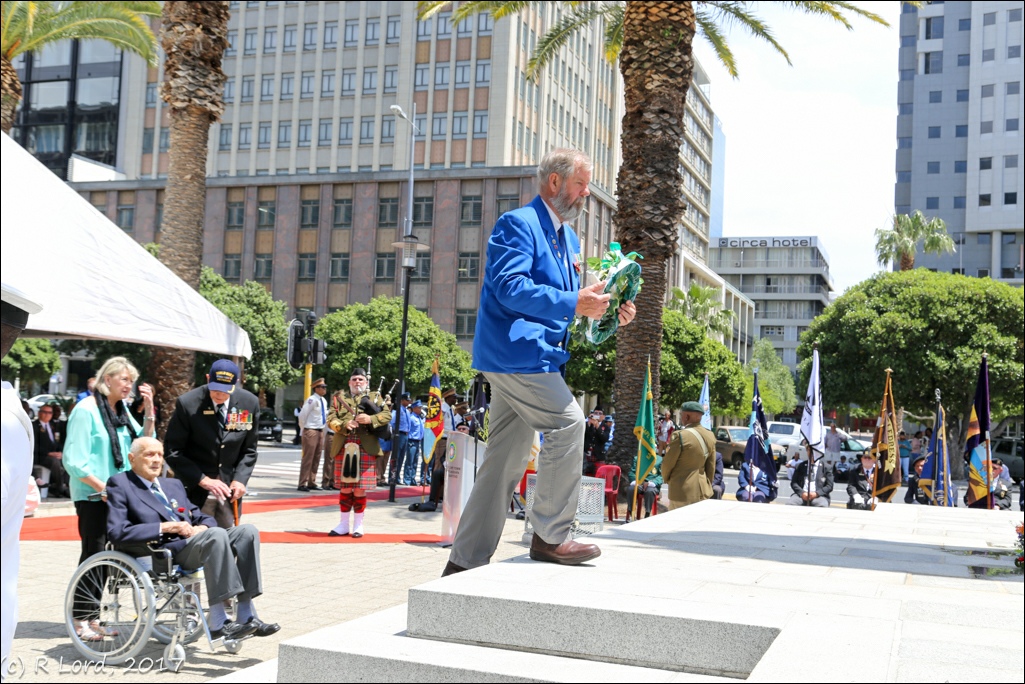 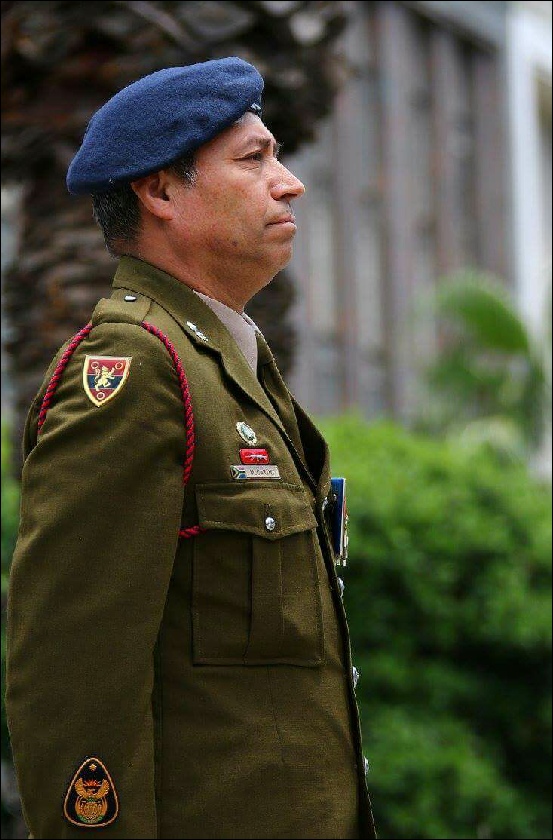 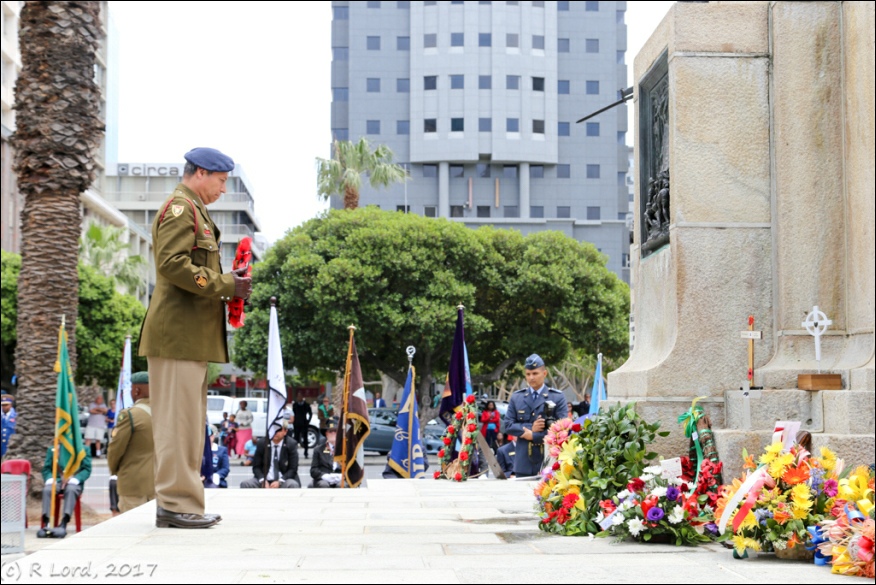